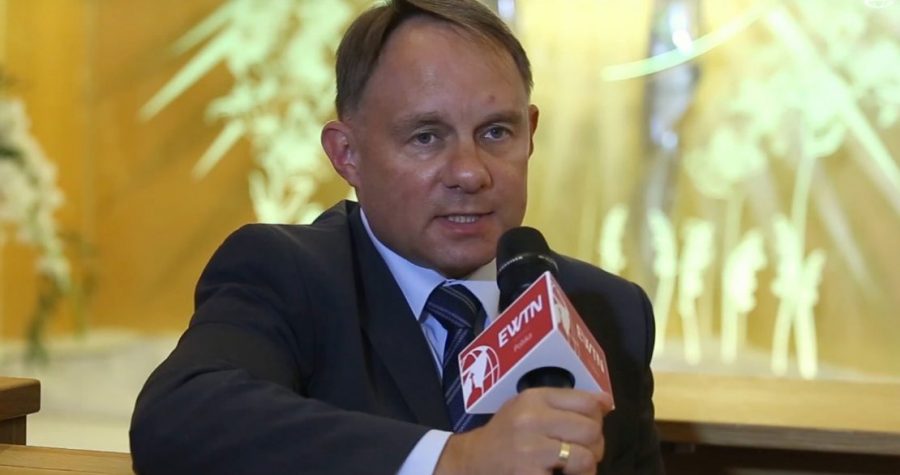 JESUS IS A LIGHTHOUSE

In the most recent interview given by Mr. Piotr Ciołkiewicz in Niepokalanów to EWTN Poland, the President of “Communita Regina della Pace” Association invited all to join in Eucharistic Adoration for peace. It is available online via EWTN Poland webpage.

He said that Eucharistic Jesus is a Lighthouse for us, guiding us through sometimes troubled waters of life, towards a safe harbor.

Mr. Ciołkiewicz also reminded the history of the project called “The 12 Stars in the Crown of Mary Queen of Peace”, which started in Medjugorie in 2006 and was inspired by the teachings of St. John Paul II, the great Advocate of Peace. 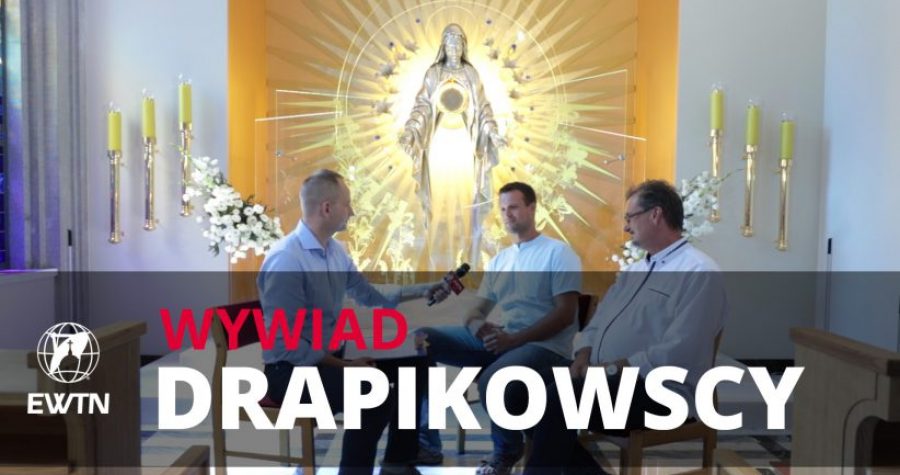 DECISION INSPIRED BY THE LETTER OF ST. MAXIMILIAN KOLBE

Just before the Inauguration of the “Star of the Immaculate” in Niepokalanów, on 1 September 2018, the artists Mr. Mariusz and Mr. Kamil Drapikowski gave an interview to EWTN Poland in the Chapel of Perpetual Adoration.

They shortly recalled the providential circumstances of creation of International Centers of Prayer for Peace already existing in different parts of the world as well as underlined that the “Stars in the Crown of Mary”, humanly speaking, appear in the regions stricken by wars and different kinds of persecutions, but in fact it is the Holy Spirit who leads the way.

Later on, they recounted how the dreams of the artists from Gdansk (Poland) turned out unexpectedly to converge with the dreams of the great Saint Maximilian Maria Kolbe who gave himself totally to the Immaculate. When the project of “The Star of the Immaculate” was already on, Fr. Andrew Sasiadek, the parish priest of Niepokalanów found by coincidence an unknown letter of St. Maximilian where he presented his dream of building a huge Basilica with a statue of the Immaculate who, opening her arms, would hold with love her Son, Jesus in the Eucharist… Moved by this discovery, the artist together with Mr. Piotr Ciołkiewicz, the President of the “Communita Regina della Pace” Association would see it as a sign confirming that the Providence wanted this project to be realized in Niepokalanów.

Finally, Mr. Mariusz recalled how the statue of Our Lady in the Altar “The Star of the Immaculate” would touch the heart of one of the seers from Kibeho (Rwanda), who normally calm and peaceful, would exclaim seeing the project of the altar: “That’s how Our Lady looks like, that’s how She looks like! Why haven’t you made such a statue for Kibeho?”. Last but not least, the artist evoked a touching moment of personal talk with the Holy Father in the Vatican during the ceremony of the blessing of the Altar on 29 August 2018. Kissing the hand of Our Lady, Pope Francis said: “It is very good that She is so “ethereal” and so very beautiful…”.

In these opinions one can see the fulfilment of the idea which inspires the artists from Gdansk:

to create the beauty in order to help people pray. 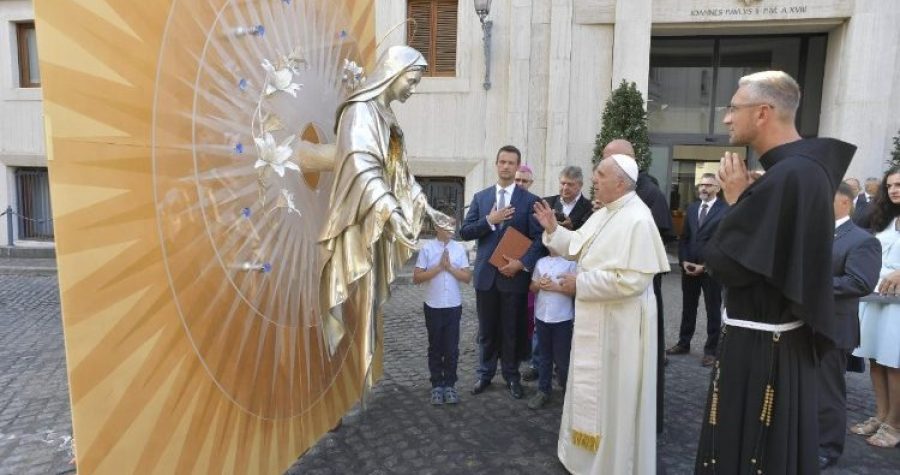 On 29 August 2018, before the General Audience in the Vatican, Pope Francis blessed “The Star of the Immaculate” – the most recent Altar of Eucharistic Adoration destined for the World Center of Prayer for Peace in Niepokalanów (Poland), the 8th Star in the Crown of Mary Queen of Peace.

END_OF_DOCUMENT_TOKEN_TO_BE_REPLACED 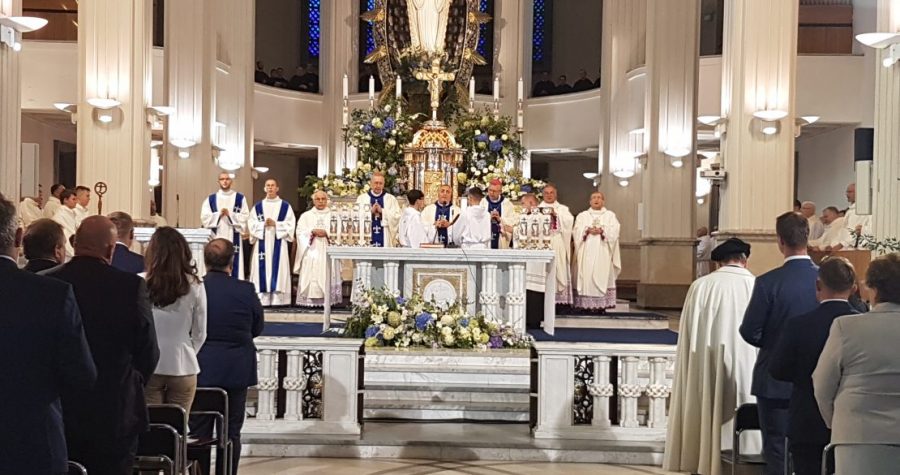 On 1 September 2018 a solemn Inauguration of the World Center of Prayer for Peace called „The Star of the Immaculate” in Niepokalanów (Poland) was held. The Chapel of Perpetual Adoration constructed for this purpose was blessed too.

The Liturgy was presided over by H.E. Archbishop Salvatore Pennacchio, Apostolic Nuncio to Poland. The homily was delivered by H.E. Archbishop Stanislaw Gądecki, Archbishop of Poznań, the President of the Polish Episcopate, who blessed the Chapel as well. In the ceremony participated representatives of the Church hierarchy, the authorities of the Franciscan Order, representatives of the state authorities, numerous priests and, above all, many lay faithful.

“Communita Regina della Pace” was very glad to host its Spiritual Moderator, H.E. Archbishop Tomash Peta, Metropolitan of Astana (Kazakhstan) where the Star of Our Lady Queen of Peace has already been shining for some of years.

It is our great joy that the 8th Star has been inaugurated and, as St. Maximilian Kolbe wrote: “the one who visits the church, falls to his knees, adores, gazes at Our Lady’s face, and leaves while She handles the issue with Jesus”.

We wholeheartedly invite you to make a pilgrimage to Niepokalanów, to gaze at the face of Our Lady, Mediatrix of all Graces, and to meet Her Son in the adoration.

You can visit the Adoration Chapel in Niepokalanów here: https://www.youtube.com/watch?v=mtIwLMPGtR4